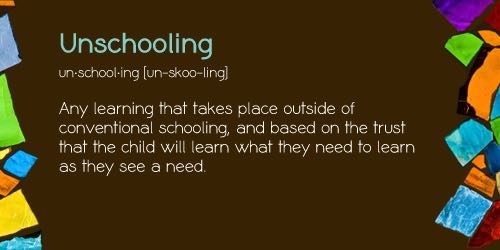 Unschooling: What Is It?

It is believed that children actually learn best when they are self-motivated.

Parents who homeschool have the same mindset. For example, they open doors for their children by strewing things about the house to see what tweaks their curiosity. Will it be an atlas or microscope or musical instrument; or those storybooks, puzzles, fabrics; or games with numbers and problems to solve? As well, their homeschooling will often incorporate areas of the school board’s curriculum. However, when a child learns without the restrictions imposed by a curriculum, he or she does not distinguish between a time for lessons and a time for play: every minute offers a learning experience. Other names for unschooling include “natural learning,” “life learning,” “experience-based learning,” “delight-driven learning” and “independent learning.”

Based in British Columbia, the SelfDesign Learning Community is an example of a distance/distributed learning school where unschoolers can feel welcome and be free to follow their passions. SelfDesign (SD) encourages children to be curious, to voice opinions and to pursue their interests at their own pace in their own homes and neighborhoods as well as in the SD online community. Two benefits of unschooling are the lack of scheduling and the freedom to travel. SD Learning Consultant Sue Lucy relates that she has worked with families who have travelled to Europe, Australia, New Zealand and Central America as well as throughout North America for extended periods during the school year while maintaining their weekly reporting. Imagine the rich exposure regarding world geography and other cultures that these children can experience first-hand. 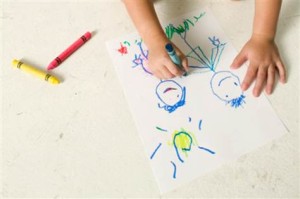 I suppose I did some unschooling myself a few summers ago when we had our grandson stay with us for several days. We were camping when a big owl perched itself on a nearby branch. The boy’s uncle, a professional filmmaker, upped the excitement by taking lots of photos. Later, we headed for the nearest library to find books about owls. The week was filled with “wise words” as we all discovered the owl’s role in mythology, geography, nature and habitat. Together we even read a Hardy Boy book entitled The Clue of the Screeching Owl. When the story ended, my grandson wanted to read it again. Surprisingly, I too found the second reading just as much fun, this time discovering and discussing how the clues were laid out. As the book’s chapters were in Roman numerals, we also seized the opportunity to teach him that system. Since the exotic numbers were a part of his favorite story, he was intrigued and anxious to learn. Once home, our grandson was pleased that he could understand his family’s old-fashioned Roman numeral clock.

Traditional education systems do not always serve the personalities or reflect the learning curves of all children. Learning is a process that should be both enjoyable and challenging. Unschooling is an activity anywhere, at any time. As summer is approaching, take this 2-month opportunity to observe your child’s play, offer suggestions and see where they lead. 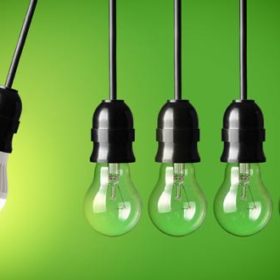 Brazil Turns to Drones To Protect the Amazon 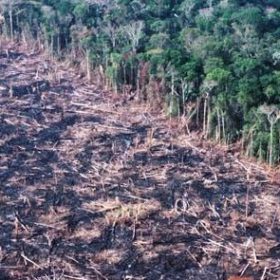