Only Five White Rhinos Left in the World

In December 2014, Angalifu, another of the last northern white rhinos, the largest of the rhinoceroses that exist in the world, has died at San Diego Zoo, striking a heavy blow to a species already on the brink of extinction. This event comes so soon after another white rhino death. In October 2014, Suni, the 34-year-old white rhino, was found dead in his enclosure. He was the first northern white rhino ever to be born in captivity and one of the last two males capable of natural mating. In a final attempt to save the species, Suni was one of 4 northern whites transferred from the Dvůr Králové Zoo in the Czech Republic to Kenya’s Ol Pejeta

Conservatory in 2009 as part of the “Last Chance to Survive” project where conservationists and scientists hoped it would provide more favorable breeding conditions. Rangers, unsure of the cause of Suni’s death, stated that poachers were not responsible. At Ol Pejeta, workers will continue to do what they can with the remaining 3 animals with the hope that efforts one day will result in the successful birth of a northern white rhino calf.

One of the two remaining rhinos in the Czech Republic died in late May 2011.  Now  only one  presently  resides at the San Diego Zoo’s Safari Park in California.

African rhinos are a keynote species. The landscapes where they roam may become very different places if rhinos are not there to diversify plant life and create prime grazing spots for other animals. Although the trade of rhino horns is illegal, the horn is considered to have medicinal qualities in some countries and is also sold as a trophy. Consequently, the species now stands at the brink of extinction, a sorry testament to human greed.

Last year more rhinos in Africa were killed for their horns than ever before. During the 1970-80s, poachers reduced the rhino population from 500 to 15. From the early 1990s through mid-2003, the population recovered to more than 32 animals. According to the World Wild Fund for Nature, surveys in 2000 revealed there were only four northern white rhinos left in the wild. However, in June 2008, it was reported that this subspecies could be extinct in the wild since none of these four known remaining animals had been seen since 2006.

With evidence of a huge groundswell of public support to protect the rhino, many organizations are working diligently to ensure that this magnificent animal survives. Rhino Action Group Effort (RAGE) is one movement set up to assist in the fight against illegal rhino poaching. Specifically, RAGE was designed to be a safe conduit for public contributions to this cause, whether they be financial, material donations, or in the form of skills and information.

In Zambia, Lolesha Luangwa is pioneering an environmental education program working with 21 local schools (around 1400 pupils annually) in the Game Management Areas surrounding the North Luangwa National Park. The program uses the black rhino as the local species for engaging and educating school children on how to conserve wildlife and the environment for the long-term benefit of their communities.  Save the Rhino has been working with the North Luangwa Conservation program since 2006, providing ongoing support for its rhino conservation efforts and education. It is widely recognized that the future of wildlife is inextricably linked to the communities that share their habitats. 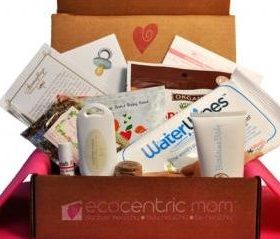 The, Oh, So (Not) Fun Ingredients Found in Common Kids’ Candy 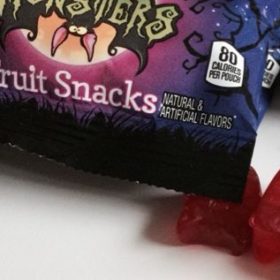