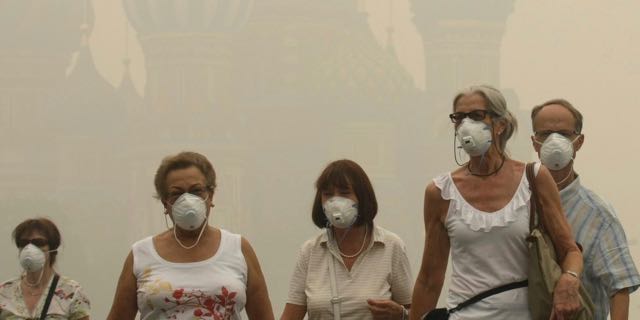 Almost everyone on earth right now breathes polluted air. Yup, people, that’s what we’ve gotten ourselves into. According to an air quality map released last week by the World Health Organization (WHO), 92% of the world’s humans live with air quality so bad that it fails to meet WHO guidelines. And it’s not as if we have not seen this coming: in fact, we’ve known that urban air pollution rose by 8% from 2008 to 2013. 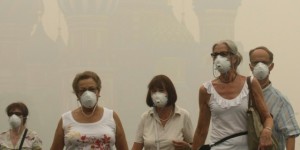 The sad effect of polluted air is that about 3 million deaths each year are linked to poor outdoor air quality worldwide. Air pollution can damage lungs, heart — even the brain — and has potential to cause premature death.

Much of the air pollution comes from human activity; however, according to WHO, natural dust and dust storms found in many desert environments in some regions also influence this. The worst effects of polluted air occur in low- and middle-income countries, Southeast Asia and Western Pacific regions. Major cities around the world, such as Paris and London in Europe, and those in the United States, such as Los Angeles, New York and Chicago, also experience bad air. In the U.S., particulate matter, especially the smallest particles that penetrate deep into the lungs, and ozone are the biggest problems. The East Coast, the Gulf and West Coast are most affected by ozone.

The majority of problems come from transit, but our choice of energy (coal, fire, power plant or cleaner sources of energy) matters. 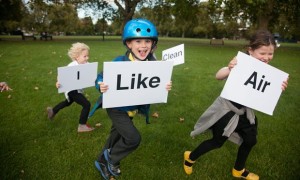 The WHO soon will be sharing with policymakers in order to make changes and hopefully reduce the production of air pollution. World leaders are essential for making a difference in order to set regulations that hopefully will encourage the development of cleaner technologies. What we need is clean and renewable energy as well as a reduction in the number of motor vehicles; and we need to encourage more ride sharing, biking and use of public transportation and electric vehicles. 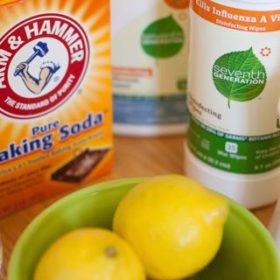 The Environmental Impact of Menstrual Pads and Tampons