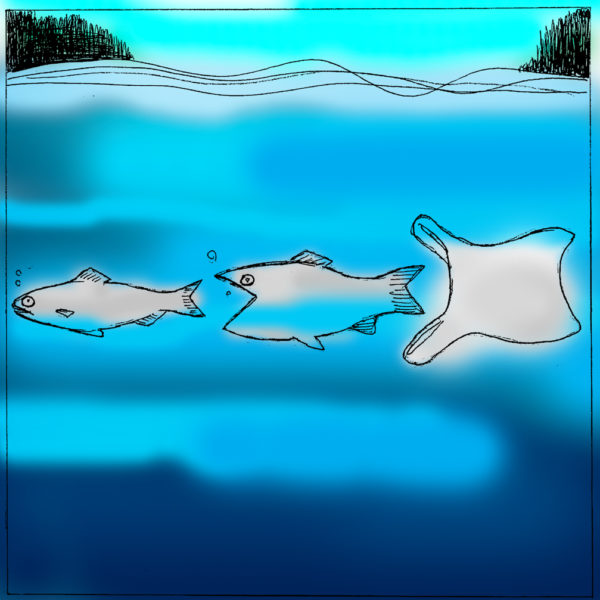 How Ocean Plastic Is Contaminating Fish

We are well aware that the fish we eat have been exposed to all types of toxic chemicals that enter the oceans, lakes, rivers and bays that they inhabit. The chemical mercurywas one of the first and most commonly known pollutants. Scientists warned women of childbearing age to avoid swordfish and tuna, known to have the highest levels of mercury, polychlorinated biphenyls (PCBs) and other dioxins that are absorbed into the tissues of large fish. 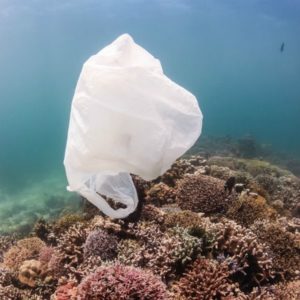 During recent decades these chemicals, however, are just  a few of the many toxins entering our ocean’s food chain. Fish also ingest plastic because it’s rather tasty. (To confirm, just ask anyone who enjoys chewing gum.) If fish are eating plastic as well as absorbing all the other pollutants, then we know that lovers of seafood will also digest their share of toxins as a result.

Ocean plastic, most of which is microscopic, is found worldwide in aquatic habitats. Trends indicate that its accumulations are increasing. To discover more about the role that plastic plays when mixed with other pollutants, read a studypublished in Nature, Scientific Reports, which reveals that fish ingest chemicals from the plastic debris they encounter. Professor and Marine Ecologist currently at the University of Toronto, Chelsea Rochman, while obtaining her PhD at the University of California, authored the study. In it, she stated, “Eventually, we start to see those contaminants high up in the food chain in seafood and wildlife.”

Using medaka, a species of fish often chosen for experiments, Rochman and her team undertook research to test three different fish diets. The first group enjoyed regular fish food; the second ate a diet that was 10% “clean”plastic containing no pollutants; the third ingested 10% polluted plastic that had been soaking in San Diego Bay. The medaka fish that had dined on marine plasticfor the duration of the two-month testing period had much higher levels of persistent organic pollutants. 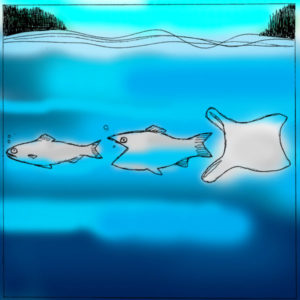 Rochman explained: “Plastics, when they end up in the ocean, are a sponge for chemicals already out there. We found that when the plastic interacts with the juices in the [fish’s] stomach, the chemicals come from the plastic and are transferred into the bloodstream or tissue.” The marine diet indicated that these fish were more likely to have tumors and liver problems, which leads to Rochman’s concern for the health of those who consume large amounts of seafood.

When discussing the five massive gyres of trash that include theGreat Pacific Garbage Patchon a 2012 National Public Radio interview, Garbology author Edward Humes toldFresh Air’s Terry Gross that plastic which has been weathered and broken down by the elements into these little bits is entering the food chain. 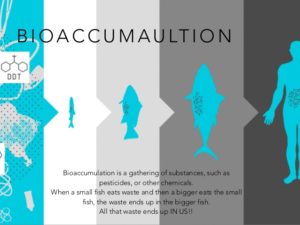 There still remains the consensusthat the benefits of eating fish, with their omega-3 fatty acids and other assets, exceed potential risks. Although the U.S. Environmental Protection Agency issues advisorieswarning people when fish become contaminated in local waters, the fact remains that much of today’s seafood is imported from areas where just a tiny fractionof these fish are tested.

When attending a lakeside festival or dining at an ocean view restaurant that is not disposable-plastic free, do you appreciate the atmosphere or just “see a sea” of cluttered plastic? 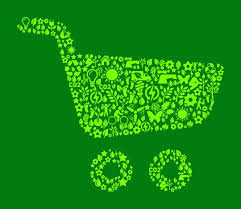 Retailers with the Best Recycling Programs 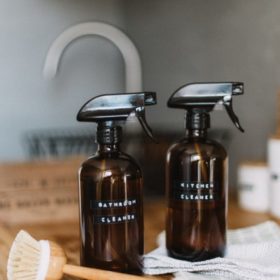