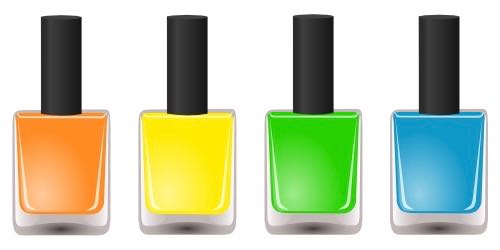 We know now that most nail polishes, nail glues and polish removers are full of dreadful chemicals, which are especially harmful to children and pregnant women, ranking them among the most toxic beauty products. Nail polishes contain such chemicals as

If those ingredients aren’t bad enough, another potentially toxic chemical in some nail polishes, triphenyl phosphate (TPHP), is suspected of being an endocrine disruptor.

A compound used as a plasticizer and furniture fire retardant, especially foams, triphenyl phosphate has been linked to hormone and reproductive irregularities, obesity and other health issues. The Environmental Working Group (EWG) is a nonprofit, nonpartisan organization dedicated to environmental research.

A recent study conducted by Dr. Johanna Congleton, senior scientist at EWG, and Dr. Heather Stapleton, associate professor at Duke University, indicates that TPHP enters the body during and after the polish is applied, and is absorbed directly through the nail. They first tested 10 nail polishes for the existence of TPHP, which was not disclosed on their labels, and found it in 8 out of the 10. EWG has a listing of more than 3,000 nail polishes and treatments in its Skin Deep database, of which 49% list TPHP on their ingredients, but this recent finding of undisclosed TPHP in polishes suggests that it may be in more beauty products than was previously known.

The EWG says that manufacturers likely added TPHP as a plasticizer in order to render their polishes more flexible and durable. The concentrations in the eight nail polishes with TPHP ranged from 0.49 percent to 1.68 percent by weight. Clear polishes generally contained more TPHP than colored polishes did.

The study then had 26 volunteers paint fake nails (not on themselves) with the polish, using plastic gloves, and then tested their urine samples for the existence of a chemical called diphenyl phosphate (DPHP), which the body creates as it metabolizes TPHP. When compared to urine samples taken before applying the polish, the levels of DPHP “did not change appreciably.”

Then volunteers painted their own nails with the polish. Within 10 to 14 hours of application, the DPHP levels in their urine had increased sevenfold, leading to the researchers’ conclusion that “nail polish may be an important contributor to short-term TPHP exposure and, for regular users of nail polish, exposure to TPHP may be a long-term hazard.”

“The conclusion is inescapable: any girl who paints her nails stands a chance of coming into contact with a potential hormone disruptor,” says EWG Executive Director Heather White.

Considering how children’s bodies are still growing and developing, even as an older teenager, it’s a dangerous game we’re playing with our children’s futures by using ingredients linked to symptoms such as early onset puberty, obesity, unbalanced sex hormone production and low sperm count. 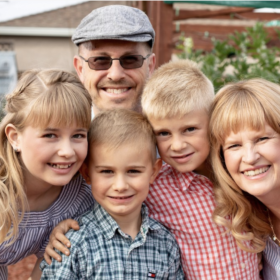