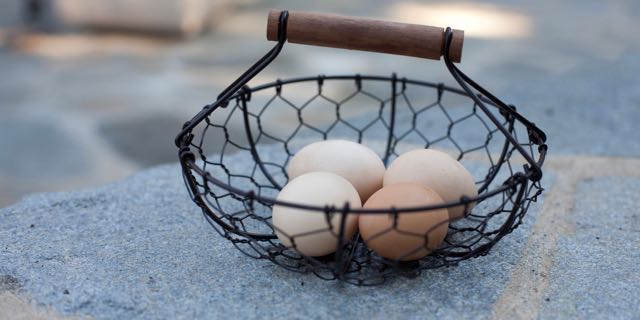 Why Don't Europeans Refrigerate Their Eggs?

By Kim Robson:
Look around a typical kitchen in Europe, and you’ll likely see something sitting out on the counter or table right alongside onions or fruit: fresh eggs. Shop in any European supermarket, and you’ll see cartons of fresh eggs sitting out at room temperature right next to other shelf-stable goods. Europeans don’t refrigerate their eggs, but Americans do. Why is this? Fighting Salmonella
American consumers worry about salmonella—a pathogen responsible for 1.2 million illnesses in America each year. Unsanitary factory-style egg farms in the U.S. are required to take additional measures in the way they produce and distribute eggs to prevent contamination.
To do this, American producers focus on the surface of the eggshells, which might be sullied with organic matter, particularly chicken feces. The United States Department of Agriculture (USDA) requires egg producers to wash, dry and mist the eggs with chlorine before sending them to market.
European producers, however, focus on preventing salmonella infections in the hens themselves. In 1997, England and Wales recorded 14,771 cases of a particular salmonella strain. In 1998, farmers in the United Kingdom began vaccinating their hens against the bacteria so that salmonella isn’t transferred from chicken to egg. By 2009, the number of infections dropped to 581. “We have pretty much eliminated salmonella as a human problem in the U.K.,” the British Egg Information Service’s director, Amanda Cryer, told The New York Times.
Inside vs. Outside
What about chicken feces getting on the eggshells? Eggs have a natural, thin coating on their surface that prevents bacteria from entering. This helps protect the developing chick inside from outside bacteria as it grows. But when we obsessively wash, dry and chlorinate eggs, this protective layer is destroyed. Without that protective layer, eggs, which are semi-permeable, could be at risk of bacteria infiltration. That is why American eggs must be refrigerated, but European eggs are not.
The Food and Drug Administration (FDA) has found insufficient evidence that mandating hen vaccination in the U.S. would be effective in keeping people from getting sick. It is, however, recommended: Nega Beru, director of the agency’s Center for Food Safety and Applied Nutrition, told The New York Times that FDA rules “encourage producers to vaccinate if they think it will help fight salmonella.”
According to the FDA’s guidelines, “Vaccines can be a very effective component of a [Salmonella enteritidis] prevention program. However, the efficacy of a vaccination program depends on various parameters, some of which include the vaccination program used, effectiveness of administration by the vaccination crew, age of the birds when the vaccine is administered, and the environmental load of SE in pullet or layer houses…. Individual producers who choose to use a vaccine should determine which program is most effective for the particular set of circumstances that exist at their farm.”
Cal-Maine Foods Inc., the largest producer and distributor of fresh shell eggs in the U.S., vaccinates its hens. “The FDA doesn’t say that if you vaccinate, it’ll do fewer inspections. But it’s something that we felt was important,” says Ryn Laster Divine, director of food safety at Cal-Maine, which sold more than a billion eggs last year. But despite this measure, because the FDA requires all producers to wash their eggs, consumers still have to refrigerate Cal-Maine’s eggs.
“Eggs shouldn’t be left at room temperature for more than two hours,” says Marianne Gravely, technical information specialist at the USDA’s Food Safety and Inspection Service. “There is no way to know if a shell egg is pathogen-free. Food poisoning bacteria don’t affect the taste, smell, or appearance of a food. You can’t tell if a chicken is infected with salmonella, so any egg, whether it came from a grocery store, a farmer’s market, or from your neighbor’s backyard hens, could contain salmonella.”
Grow Your Own! We at Green Mom have long advocated raising backyard chickens for the healthiest, freshest, most delicious eggs you’ll ever enjoy. Despite Ms. Gravely’s above quote, we contend that home-raised eggs, left in their natural, unrinsed state, can be safely left out at room temperature for several days, especially in the winter. Most avid bakers know that room-temperature eggs make for fluffier, finer, and more even crumb in baked goods, and are best for whipping whites into a meringue. Cold eggs can also chill a batter, causing it to separate.
Mother Nature knew what She was doing when She designed the egg. Why mess with perfection? 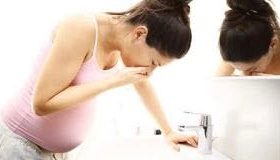 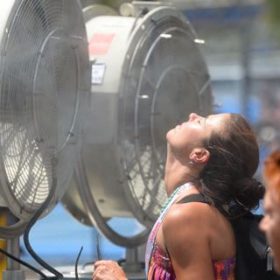