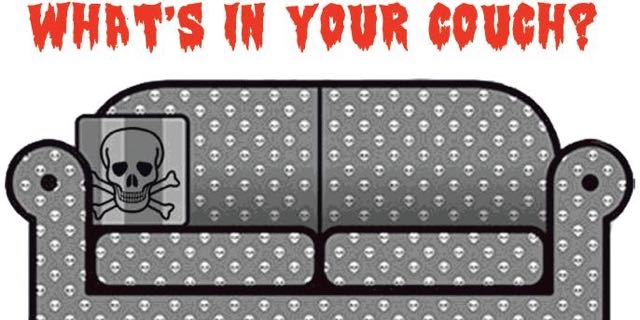 Is Your Sofa Killing You?–Chemicals Lurking In Your Home 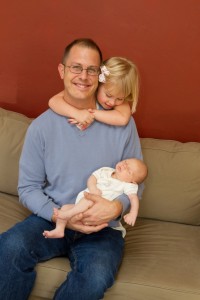 Last week, if someone had asked me, “What about this picture is potentially killing your kids?” I would have looked at them like they were crazy.  This is my Facebook profile picture, for crying out loud. What are you talking about?
One day while driving to work, I heard this report on NPR.  As it turns out, a California law passed in the 70‘s requires couch makers to make their couch cushions resistant to fire.  That’s OK, but in order to do that, they had to put as much as 2 pounds of flame retardant chemicals into the foam of the sofa. (I bet you’re starting to see the problem.) But you may say, “I don’t live in California.” Yeah, but furniture manufacturers didn’t want to have to create different couches for different states, so most couches sold in the U.S. contain these fire retardants.
OK, but how bad are they? Well, these flame retardants are scientifically proven to be carcinogenic. And they can be absorbed through your skin. It is hard to say how much of this transfers from inside the couch cushions to outside, but I find myself having a different reaction when my 5-year-old is jumping up and down on these couch cushions! The problem with flame retardants as well as other other chemicals found in your home is that they are slowly released from furniture and then make their way onto the floor and other surfaces. Where they can be inhaled and or touched and inadvertently eaten which is a big issue with pets and children who tends to move around on the floor.  The chemicals in flame retardants have been linked to cancer well as lower IQ and poorer attention in children, hormone disruption, thyroid effects, and obesity. Children, toddler and babies are more at risk than adults.
How do I know if my couch has this crap in it? Pick up a cushion from your sofa and look for a small 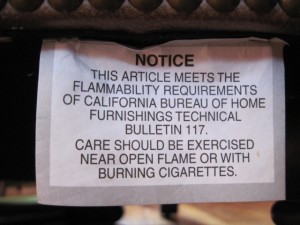 white tag that reads “This article meets all flammability requirements of California Bureau of Home Furnishings technical bulletin 117.”  If you live in CA, you almost certainly do. I have an IKEA couch and as I was reading more about this topic, I found this article that says IKEA has announced they were phasing out toxic flame retardant materials from their furniture. But they are still required to keep the material in the furniture sold in California.
When I first heard about this, I thought there must be some protection in flame resistant couch cushions. Not really. Real world experiences have shown that the fire retardant isn’t on the outside of the cushions. Frequently, fires started on a couch move to a carpet or nearby table, so the flame retardant chemicals in the cushions don’t stop anything. 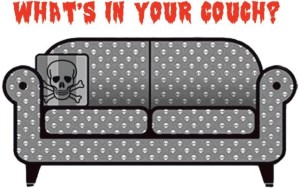 So, whose harebrained idea was this in the first place?  That was my big question.  That’s what drove me to the internet after hearing about this report. Guess whose?  Yep, the tobacco companies. In the 70’s, tobacco companies were being pressured to produce fire safe cigarettes because there had been fires set by smokers who fell asleep on the couch while they were smoking and killed themselves. Clearly, the tobacco company scientists had too many other important problems to focus on, so tobacco companies pressured the California legislature into making sofas fire resistant instead. Perfect!
How can I get toxic-free couches and furniture? I began searching for “organic toxic free sofa” on Google, and it looks as if there are options. I’ll follow up on this as I look more into it. 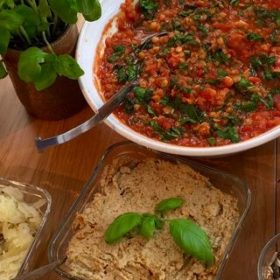 Going Meatless One Meal a Week to Help Save the Planet 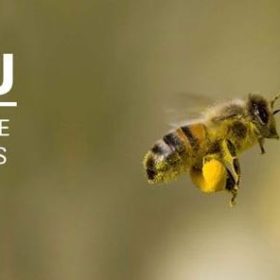 James is a Green Dad. He has been married to Green Mom (aka FredriKa) for 17 years and is a father of 3. His primary career has been in software. He has started two software companies, worked in San Francisco, London, San Diego and now Stockholm. He is the Chief Product Officer for eBay Sweden. James’s interests outside of work round out his character. He is an Eagle Scout and loves nature and the outdoors, especially hiking and camping. While living in London, Fredrica and James started practicing yoga with more focus and intensity, and he became a certified yoga teacher. James hopes to inspire other dads to bring more consciousness to their family life … in the time they spend with their kids, in the impact they make on the planet and in the mindset they have about how we all live our lives.