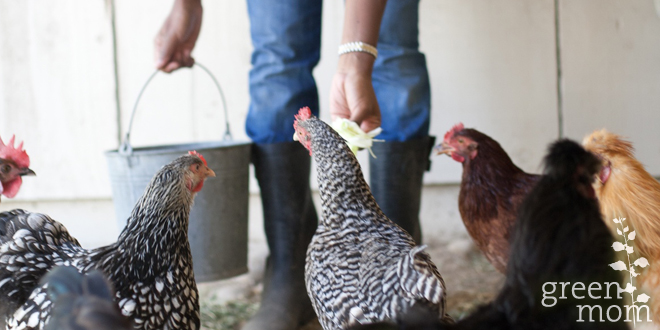 Backyard Chicken Being Abandoned Due to Infertility

Populations of urban chickens have been on the rise since the mid-2000s, as more and more people want to know where their food comes from and whether the animals they eat are free-range and hormone free. But sometimes, otherwise responsible backyard chicken enthusiasts find that the fun of playing at farm life in the city stops abruptly when hens become infertile. Most chickens’ best egg laying takes place in their first

couple of years, but they can live for another decade or longer. Squeamish at the thought of killing, plucking and butchering a chicken that’s become like a pet, some folks simply abandon the chicken in a park or rural area. Perhaps they think the bird will survive on its own.

When we bring animals into our lives, we take on a responsibility to give them the best lives possible. Consider what you’ll do with older chickens when they stop laying. We name them and think of them as pets, and you or your kids may not want to butcher older birds. Very often, Mother Nature takes care of Her own: some die naturally from various maladies or fall prey to natural enemies.

Aside from the inevitable drying up of egg production, there are other considerations backyard chicken farmers may face. Feed, shelter, litter and veterinary bills all add up, especially for non-producers. And there’s always the chance that a baby chick could turn out to be a rooster. Most cities that allow small numbers of backyard chickens don’t allow roosters because their crowing is a nuisance for neighbors. However, determining the sex of a baby chick isn’t easy. About one in 20 chicks turns out to be a rooster, an unwanted surprise that may contribute to poultry abandonments even more than infertile elderly hens do.

Greater numbers of older hens and unwanted roosters are now showing up at animal shelters as workers increasingly respond to reports of abandoned poultry. “The numbers are exploding. We had hoped that the fad had peaked and maybe we were going to get a little bit of a break here, but we haven’t,” says Mary Britton Clouse, operator of Chicken Run Rescue in Minneapolis. She takes chickens from the city’s animal control department and works with local humane groups to find new homes for them. In 2001, Clouse took just six calls from people seeking homes for unwanted chickens. That number rose to nearly 500 last year. The number of abandoned chickens rises also during the winter months. “The summer fun is over.”

Last April, the U.S. Department of Agriculture published a report on urban chicken owners, focusing on Denver, Los Angeles, Miami, and New York City. They found that 1.7 percent of Miami residents had their own flocks, followed by 1.2 percent in L.A., and less than 1 percent in Denver and NYC. So the numbers aren’t huge … yet. Reports of chickens being abandoned, while valid, may often be overstated by animal rights activists.

So what are some humane and caring solutions for owners of unwanted chickens?

Option 1) Keep the bird as a pet. Some chickens are boring and ornery. But others can be funny, silly, playful and even loving creatures, and they are so entertaining to watch. They all have their own unique personalities. Keep the best personalities around for fun. Plus, they’re still mighty good at “roto-tilling” the yard and clearing it of insects.

Option 2) Take the chicken to a farm animal shelter. Again, an internet search will help you find one in your area. The Woodstock Farm Animal Sanctuary is a great choice about whom we’ve written in the past. A shelter will try to find a suitable home for the bird or, failing that, will provide for its keep for the rest of its life, perhaps as part of a petting zoo.

Wanting to grow as much of our own food as possible is an admirable goal, but raising livestock is not the same as raising vegetables. If you make a mistake growing veggies, you can just turn them under. But being responsible for live animals requires some planning and foresight for their lifetime and welfare. 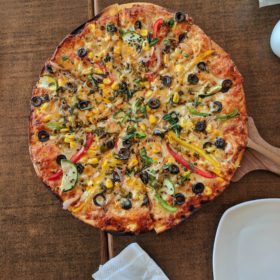 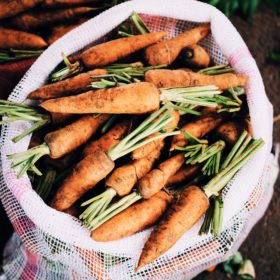 Harvesting the first carrots of the season. #growi

How to bring leftovers from restaurant zero waste

Writing a weekly menu has saved my family lots of

Hi everyone, I have some exciting news! I’ve cha

I used to have a walk-in closet packed with clothe

After a huge deadline at work I finally got to cel

Good morning! Sunshine in a glass for breakfast; m

Never throw out leftover citrus peels. Soak them i

This beauty we watched grow from a caterpillar to