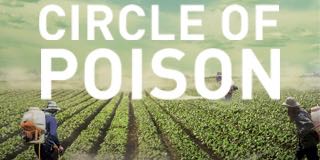 Let’s suppose for a moment that you run a company that produces toxic chemical pesticides. Those pesky environmental folks and that meddling EPA have just banned your best-selling pesticide from use in the United States. The solution? Slap a “For Export Only” label on it and sell the stuff abroad! Endangering the lives of millions in faraway India and Asia? Not your problem. Toxic residues on imported foods coming back to the U.S.? Wait, NOW it’s your problem. It’s ALL of our problem. Throughout the U.S. agricultural industry, federal regulations are full of pro-business loopholes that can endanger all parties involved, from the farmers all the way down to us consumers. Even with safer chemicals and more transparency in our food system, Big Agro has managed to keep some loopholes wide open, allowing chemical producers to reap huge profits while technically staying within the law.

This shocking double standard effectively legalizes the production and sale of known poisons, threatening not just the ecosystems where they are applied, but also to the humans who are exposed to or consume them. As long as they aren’t directly applied within the nation’s borders, these poisons are good to sell to the highest bidder. This practice has a devastating effect on agricultural communities in other countries in which regulations concerning the use of pesticides and other agricultural chemicals are far more lenient.

We live in a day when bees are dying off by the millions and a devastating new virus (Zika) is spreading horrific birth defects whose origin has been linked to larvicide use in South America. There is no telling what long-term or widespread effects will come from the use of banned chemicals in other countries. If they’re too dangerous to use here in the U.S., what makes them okay to use any other place?

If that isn’t bad enough, because of our global food distribution system, which relies on the free trade of produce across borders, we end up eating the foods that are grown using these poisons. Imported foods see little to no oversight or inspection; in fact, the FDA inspects only approximately 2% of imported produce.

In the upcoming documentary Circle of Poison, which highlights the toxic legacy of legal American pesticide production, Player Piano Productions “exposes the shocking practice of corporate profit in the toxic pesticide trade.” The film won the Best Environmental Film award at the 2016 San Francisco Frozen Film Festival and will be available for video on demand (VOD) and DVD on November 2nd. It features interviews with David Weir, who co-authored the 1981 book Circle of Poison: Pesticides and People in a Hungry World, the inspiration for the documentary, and other notable figures such as Noam Chomsky, President Jimmy Carter, Dr. Vandana Shiva, and the Dalai Lama.

The 71-minute film was co-directed and produced by Nick Capezzera, Evan Mascagni, and Shannon Post. Circle of Poison reveals how the global pesticide industry is politically powerful, shaping regulations (or lack thereof) and the conditions of food and farming around the world. Yet, for every victim of the industry, there are even more people fighting for their rights to safety and health, and are creating alternatives to the agrochemical industrial complex. From organic farm co-ops in Mexico and Argentina to a growing farmers’ market in India to the entire country of Bhutan becoming 100 percent organic, people are finding ways to grow food that is healthier for their families, communities, and the environment that don’t rely on or enrich the agrochemical corporations that have poisoned them.”

Check out the trailer for Circle of Poison:

There will also be a limited number of theater screenings of the documentary. To find one near you, refer to the Circle of Poison website. 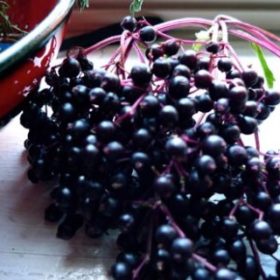 Benefits of Elderberry Syrup and Recipe

Single Use Plastic Straws — What a Waste! 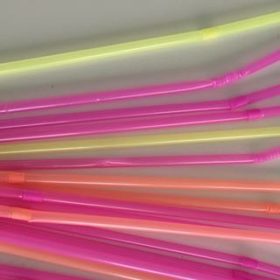